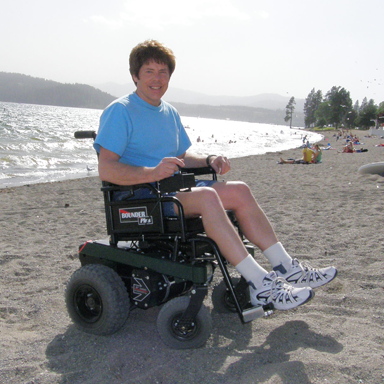 I founded 21st Century SCIENTIFIC in Los Angeles, California. In 1979, the 1-BB Bare Bones power wheelchair motor kit was introduced. The 21st Century SCIENTIFIC product line expanded in 1981 to include a Group 27 Sliding Battery Box and in 1982 Electric Power Brakes, Horns, Lights, and Rear View Mirror were added. Driven by customer requests, a Universal Hand Control (1985) and Circuitry Module (1987) were added. By 1988, all that was left to make a complete chair was the frame, wheels and upholstery. Thus was born BOUNDER power wheelchairs.

Today the BOUNDER is available with more features and variations than nearly any other power wheelchair. Every BOUNDER is built for reliability and durability. It can be ordered with a wide range of options and accessories to meet the needs of the individual power wheelchair user. Visit the 21st Century SCIENTIFIC home page to learn more about our products.


| Send Email | Home Page | Search | About Us | Contact Info |
No pictures or graphics on this website may be used without permission of 21st Century Scientific, Inc.